Resources on the Wesak Festival Traditions:

Vesak (Pali: Vesākha, Sanskrit: Vaiśākha), also known as Buddha Jayanti,[8] Buddha Purnima and Buddha Day, is a holiday traditionally observed by Buddhists and some Hindus on different days in India, Sri Lanka, Nepal, Tibet, Bangladesh, Bhutan, Indonesia, Philippines, Singapore, Thailand, Cambodia, Laos, Malaysia, Myanmar, Mongolia, and in China, Japan, Korea, Taiwan and Vietnam as “Buddha’s Birthday” as well as in other parts of the world.[9] The festival commemorates the birth, enlightenment (Buddhahood), and death (Parinirvāna) of Gautama Buddha in the Theravada or southern tradition.[10]

The ASTROLOGY PAGE is updated with forecasts from Pam Gregory for the New Super Moon in Virgo, September 17th, and Bracha Goldsmith’s general forecast for the month of September.

October 11, 2020: 8 Monkey/CHUEN, known as 8 B’atz (WAXAJQIB B’AATZ) by the K’iche calendar, is the New Year celebrated by both the North (Tzolk’in) and South (Cholq’ij) calendar traditions. As a beginning of Time, 8 CHUEN marks the Initiation of the Mayan Daykeepers… those dedicating themselves to the mission to count the days. Each of the 260 Kin are counted by name as part of the sacred fire ceremony that honors the occasion… in effect, calling the names of ALL our Kin. 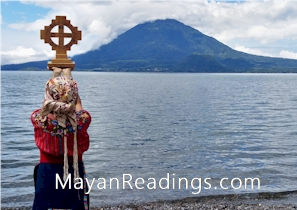