THE TRECENA OF JAGUAR/IX – WALKING IN BALANCE 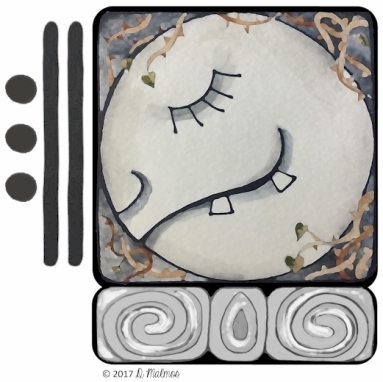 “CIMI is a Sign of a Major Life Change, a transition of Life and Death.”

Tone 13 marks an Ascension to Higher Consciousness. We’ve seen the Truth from a Higher Perspective. We’re moved by what we believe is the Truth. On Tone 13 we recognize Truth that’s taken to heart will lead us to new Dreams, new Choices, and New Possibilities.

13 is the symbol of theurgy, Human’s provision to call upon a Divine Agency through our sacred rituals and ceremonies. 3 represents the Power of Trinity and also the Intention of Movement. Movement creates a vibration. The tone and frequency are defined by the Reason we move.

There are 3 ways Human creates the Vibration of Movement. The 1st way is through our thoughts and prayers. Thoughts create electrical signals of Movement. The 2nd ways is through our voice. Stronger vibrations are created by Sound… our spoken prayers and songs that employ the Sacred Breath. The 3rd and most powerful way is through physical movement. We apply more human energy to movement. Physical movement applies more Energy to generate Heat that manifests Light. Every application of energy creates Light. Light is Human’s Divine Exchange with the Universe. When physical movement is carried out as an Intention of Communion with the realm Above, we direct the Force of Energy and Light beyond Mother Earth to the Heart of Sky.

Faith in Motion is Human’s greatest Power of Divine Communion. We were created for a Divine Relationship. The prayers of Movement generate the brightest Light to travel through the Universe.

The Laws of Physics are Truth Above and Below.

These laws are symbolized by the number 13. Our Ascension was accomplished by 2 forces of movement. We were moved by an External Force of Divine Inspiration. How far we go will depend on the Force of Human Energy. (Mass times velocity = Matter x Force of Energy applied.) The Movement of ritual and sacred ceremony applies the Force of a Human Intention to a Divine Inspiration. Trinity is created when Human moves for a Divine Reason. 13 symbolizes the Power of Trinity Below, wholly invested in an Expression of Love for the Higher One. The Movement of ritual and ceremony engages all our Human forces to a Divine Communion.

Transformer/CIMI is the Archetype of a Supreme Creator’s Comfort of Love. CIMI serves as the midwife and hospice nurse that stays by our side through major transitions at the scale of Life and Death. The greatest Force of Energy applied to Human movement is in Birth and Death. We held on for Dear Life as we were Divinely Pushed from a realm of darkness into a an opposite world of Light. As Above, So Below.

CIMI reminds us that something always dies as something new is born. To be born into a New and Higher Light requires the breakdown of an established order. We are forced out of our established comfort zone. The only way to create a New Life is to change the way we Live. Change requires us to up-end old ways that are familiar. CIMI holds the Truth that Chaos is the CLEAR sign that we are in the process of a Major Change. All things being in Balance, we can measure the scale of the change in direct proportion to the scale of the chaos.

END_OF_DOCUMENT_TOKEN_TO_BE_REPLACED

Transformer/CIMI is a Sign of a Major Life Change, a transition of Life and Death.

On Tone 13 we Ascend to a Higher Consciousness. 13 represents the Power of Theurgy, our ability to call on Divine Intervention through our Rituals and Sacred Ceremonies. 13 is the Promise of Answered Prayer.

Like the crashing of a Wave, new Wisdom is integrated into the Whole of our Being. On Tone 13 we recognize the Truth of Change. The Intention of Tone 13 is to Celebrate a new evolution of Consciousness – to See and Acknowledge it is True. Every trecena is an Initiation on the Mayan calendar path. On Tone 13 we are returned to Unity with the thoughts of the Creator. We celebrate together what Will Be. Tone 13 gives us the desire to try again, or to try something new – knowing Now what we didn’t know before.

Transformer/CIMI is the Comforter through major life transitions. CIMI is the Midwife and Hospice Nurse that will never leave our side. CIMI holds the Gift of Clairvoyance and shares the Spiritual Tool to see into the Future. Whenever human goes through Major Life Transitions there is chaos. The glyph illustrates Death to represent that something always dies when something new is born. Old ways that were familiar must die so we can follow our own Happiness. There will be Unknown Experiences ahead that are beyond our Understanding in the Moment. CIMI is the one that would remind us of the Blessings in the Future, when we are too confused by the moment to know what to do.

END_OF_DOCUMENT_TOKEN_TO_BE_REPLACED

We prayed for change. We asked to Know a way of Living, Believing the Creator intends to help us manifest our Dreams.

On the Day of Ascension we see the Truth of our own Transformation. We See and Acknowledge changes within our Self, and Know we are prepared for greater things. Number 13 inspires us to try something new, or to try again, reaching for something Higher than before. We see the Truth of new possibilities.

Transformer/CIMI is the Sign of a Major Life Change. CIMI can help us see how the small changes we made are significant in the long-range possibilities of our future. CIMI holds the Spiritual Gift of Clairvoyance, the ability to see the future. CIMI shows us the Divine meaning and purpose of this Gift, and proves that Human holds the Same Gift.

The CIMI glyph illustrates Death, symbolizing a Major Change as significant as a transition of Life and Death. Seeing the future was the Divine Gift of believing in tomorrow.

Those born CIMI serve in the role of the midwife and hospice nurse. CIMI is said to bring the comfort of a “soft hand.” CIMI is the one who stays by our side through the chaos of change. We’re reminded that chaos is the very sign of a Change in Progress.

END_OF_DOCUMENT_TOKEN_TO_BE_REPLACED

The ASTROLOGY PAGE is updated with forecasts by Pam Gregory for the eclipse season. November 30 is a Lunar eclipse in Gemini and December 14 is a Solar eclipse in Sagittarius. She also offers a forecast for the Saturn/Jupiter conjunction, December 21, 2020. Forecasts by Kapacha and Timothy also cover the end of November. 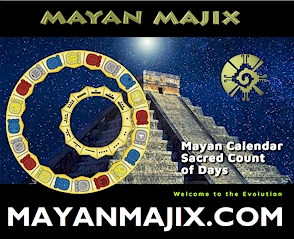 Prayers for the highest good of the whole, with Gratitude for the Creator’s Divine way.

The Circle of Life, Oil on Canvas by Minisa Crumbo Halsey