THE SODIUM TAIL OF MERCURY: Planets aren’t supposed to have tails, but Mercury does. Dr. Sebastian Voltmer just photographed it from La Palma in the Canary Islands: 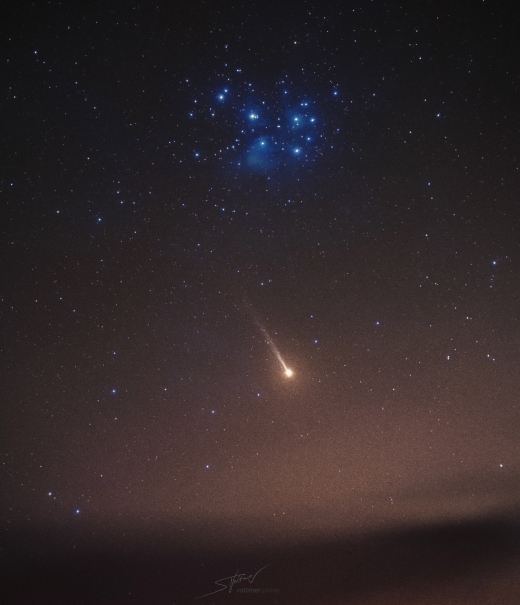 “This is NOT a comet, not even a meteor, but the planet Mercury, which is currently very close to the Pleiades,” says Voltmer. “How is the tail formed? The solar wind and micro-meteorites eject sodium atoms from Mercury’s surface. This creates a yellow-orange tail of sodium gas that is around 2.5 million kilometers long.”

Updated with Punneit’s Astrology forecast regarding Jupiter’s retrograde influence. Included are forecasts by Rasa Lila healing for this New Moon – an effective time for setting new intentions through its first quarter cycle.

Also included are forecasts from Bracha Goldsmith and Pam Gregory for the next SuperMoon in Aquarius, August 11-12, 2022. Pam Gregory’s forecast extends through the first half of August.