Messier 42: The Orion Nebula, a Birthplace of Stars

The Orion Nebula (M42/M43, NGC1976/1982) This picture shows the great nebula in the constellation of Orion the Hunter. On a good clear night, from a dark site well away from the lights of modern civilization, this glowing cloud of gas and dust can be seen with the naked eye as a fuzzy patch surrounding the star Theta Orionis in the Hunter’s Sword, below Orion’s belt. It is probably the most spectacular of all the objects cataloged by Charles Messier and now called by their `M’ numbers. M42 had been known since the beginnings of recorded astronomy as a star, but it is so outstanding that it was first noted as an extended nebula in 1610, only a year after Galileo’s first use of the telescope. See full article. 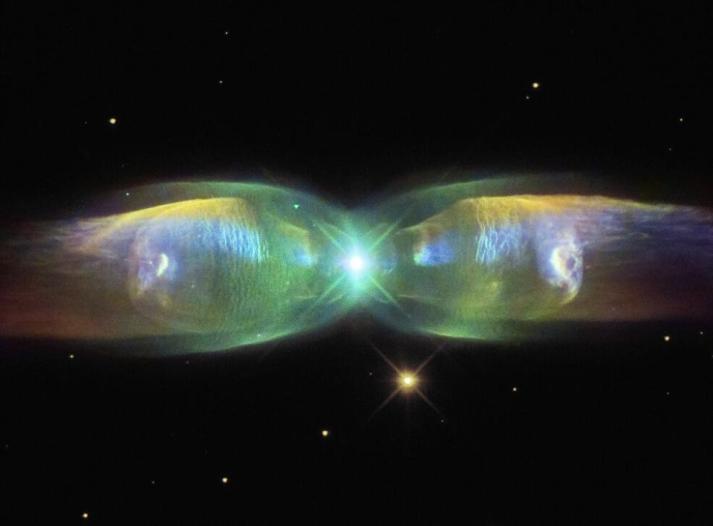 M2-9: Wings of a Butterfly Nebula

Are stars better appreciated for their art after they die? Actually, stars usually create their most artistic displays as they die. In the case of low-mass stars like our Sun and M2-9 pictured here, the stars transform themselves from normal stars to white dwarfs by casting off their outer gaseous envelopes. The expended gas frequently forms an impressive display called a planetary nebula that fades gradually over thousands of years. M2-9, a butterfly planetary nebula 2100 light-years away shown in representative colors, has wings that tell a strange but incomplete tale. In the center, two stars orbit inside a gaseous disk 10 times the orbit of Pluto. The expelled envelope of the dying star breaks out from the disk creating the bipolar appearance. Much remains unknown about the physical processes that cause and shape planetary nebulae.

The Word of the Lord Stands

22 Since you have purified your souls by obedience to the truth so that you have a genuine love for your brothers, love one another deeply, from a pure heart. 23 For you have been born again, not of perishable seed, but of imperishable, through the living and enduring word of God.

Archangel Uriel carries out the work of Divine Justice at the End of Time. 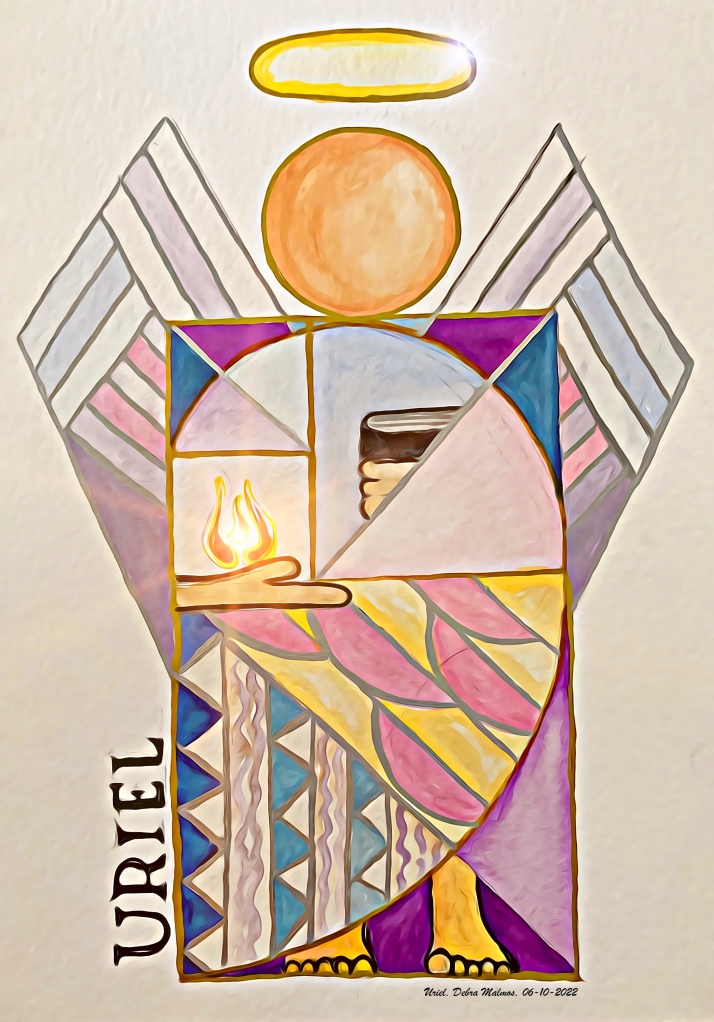 Archangel Uriel carries out the work of Divine Justice at the End of Time.

Cherokee, Hearth/O’YA: Hearth’s symbol is the fire pit in the Center, velvet black as the night. The triangle in Orion. The M42 nebula (home of the Central race from the WingMakers) in the center of the triangle of Orion is the fire in the Hearth, also matching the Mayan. The Hearth is the Torchbearer who holds the light and warmth throughout the night, much as the Owl described above.  Belief is so strong that the surrounding elements become entrained to their rhythm and all resistance falls away. With respect and honor of intuition combined with knowledge this energy creates the magic of the center in this dimension. Totem-OWL,Guardian of the Night Sun.  Energies for the opening of mystic secrets, see through the masks of deception, trickery.  High ability of discernment.  Portals open to other worlds and dimensions for your learning and spiritual growth.  Magical abilities are possible.

Beauty is God’s Intention for The Whole Creation.